With nearly $47 million in child support payments in arrears on the books, Bermuda’s Attorney General Kathy Lynn Simmons has disclosed that some of the arrears “go back as far as 1980”. And there is only one enforcement officer charged with managing the system.

Speaking at a news conference on Thursday to discuss three Throne Speech initiatives, including the proposed Sex Offenders Register and Legal Aid Reform, the AG said the current system to track data on child support is flawed.

“Almost everyone knows someone who is affected by this. And because it involves children and families, it is among the most deeply-felt policy issues,” said Senator Simmons. 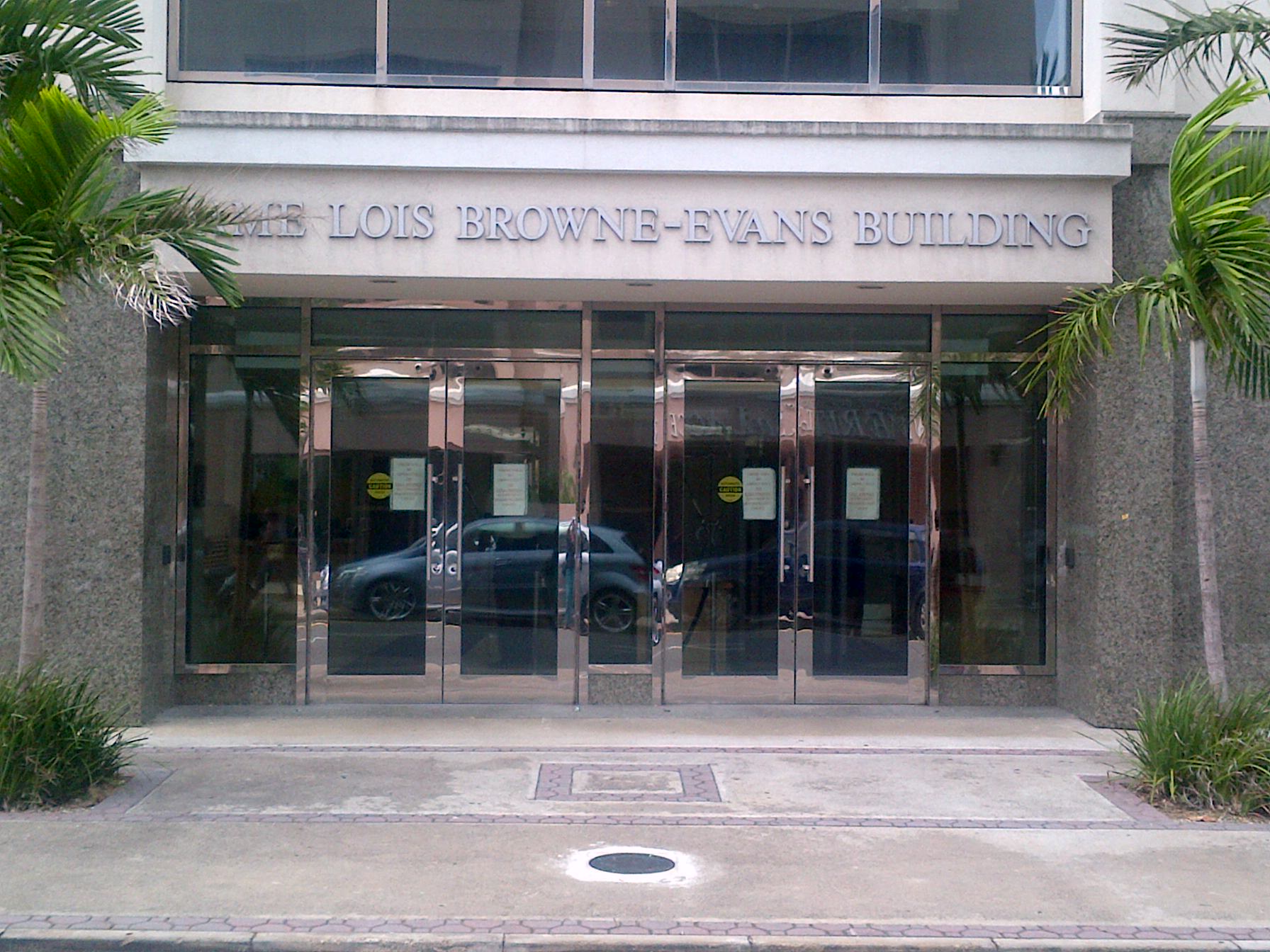 And there has yet to be a decision made on whether more officers will be needed to deal with what she described as the “historic arrears”.

“If we find that there’s a need to redirect more resources in that regard we certainly will consider it,” said Senator Simmons.

“The person who is responsible for that is not exactly an enforcement officer. They are the person who communicates with the parent who is in arrears to ensure that there’s a mechanism for them to communicate and come in and make a different arrangement if necessary.

“The enforcement is done by bailiffs and communication between the different departments. For instance, if we need to stop travel, that’s a communication that goes directly to Immigration. In terms of licensing cars there’s a cross-Ministry collaboration. So, naturally we have the bailiffs who do their role but in terms of enforcement officers this is no, how can I put it, there is no team that’s out there enforcing with enforcement officers shirts on.

“There’s one administrative person whose managing the arrears at this time,” she said. “One thing we’re strong on is properly assessing the situation. We are not going to have a knee jerk reaction and put finances and resources to a problem until we understand the root of the problem and what will be best to cure it.”

Admittedly, she conceded that the current system of collecting data is flawed because “it moves data from old system – old technology to a new one”.

“In the transfer of data what we find is that the correlation doesn’t distinguish between the new orders that are made and the existing arrears”. “And so when we achieve obtaining the data we get one figure, so the actual figure may be higher or lower. What we’re looking at is to make sure the system is putting out accurate data, so we will know exactly what’s owing,” she said.

Asked what she would say to the countless parents owed money who are already frustrated now that it’s clear that the system is flawed, Senator Simmons replied: “The system needs to be improved and I think the family support office has achieved its objective of communicating with them the data, for lack of a better phrase, but to the extent that we are now in an economic decline which has continued, which requires more aggressive measures, we would look to put more resources. So the public needs to be assured that we will be addressing this from a resource and a systemic perspective.

The total figure on unpaid child support payments in arrears is $46,709,558.35 for 1,840 outstanding cases as at August 29, 2017. The figures, derived from the ‘Family Support Accrual Arrears Report’ and other information provided by Magistrates’ Court, works out to an average of $25,385 owing per case. “Said another way, that is the amount of money on average that a child or children attached to the case are deprived of,” said Senator Simmons.

“The overall policy objective is to minimize the number of children who are not receiving the benefits of child support payments,” she said.

Asked what she would say to parents, women in particular, owed large sums of money in light of glaring deficiencies in a system with funds owed dating back some 40 years can expect to see in terms of a turnaround, she said: “A commitment that this will be made a priority.”

Asked by Bermuda Real if that turn around under her leadership will actually happen before the children involved are old, she said: “Absolutely. These things are sometimes historic. There have been children who have aged out of the system and there are some orders that can be enforced. And so, to members of the public, they need to bear with us and they need to communicate their concerns and there is a liaison in the Child Support Office that deals with that, and communication is essential.

“What we’ve done is try to balance persons who can pay and won’t pay and address those who cannot pay for economic reasons. That requires, when I talk about arbitration and more mediation and communication between the parents, those are the vehicles for that so that there’s an understanding on both sides because this of course is a very emotional and acrimonious matter and so what we’re looking to do is as I said, is to prioritise it and put in place realistic measures once we understand the system and really look at what needs to be improved. It’s a very targeted approach.”

We’ll have more on the AG’s news conference in subsequent reports.

Caribbean The Largest Origin Source Of Black Immigrants In US, Research Shows

Police: Two Men Shot – One Murdered – Gunned Down While Riding On Our Roads