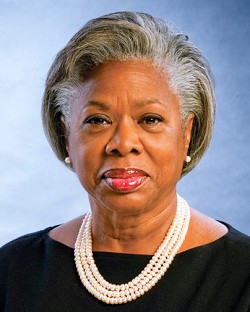 Prior to joining elective politics, Dame Jennifer was a political reporter and editor for the Bermuda Recorder newspaper. She is a member of the Council of Women World Leaders and was made a Dame Commander of the Order of the British Empire in 2005.

Afiniti’s mission to generate economic benefits while improving human interactions is a powerful one,” said Dame Jennifer. “I look forward to continuing to further increase my involvement in the technology sector and contributing my areas of expertise to the fourth industrial revolution.”

Zia Chishti, CEO, and Chairman of Afiniti’s Board of Directors, commented: “Dame Jennifer and Mr Riepenhausen are extraordinary individuals that will bring great talent and experience to the Afiniti Board. Afiniti welcomes them to their new roles, and looks forward to working with them in the years to come.”

Following this announcement, Afiniti’s Board of Directors is comprised of: