AC writer Ricardo Pinto reports: “The dramatic incident saw a mistake by Peter Burling and his Kiwi team lead to their boat digging its nose deep into the water, lifting its stern and capsizing, leaving three of the teams’ sailors clinging on inside the cockpits on the starboard hull while the other three were ejected into the water. All six sailors were quickly accounted for as safe and unharmed and the team’s boat was righted and taken back to their base in the America’s Cup Village.

“The capsize was not the Kiwis’ first issue of the day. Even before the first race of the afternoon they had to return to base to fit their spare wingsail after an unknown problem was discovered on the wingsail they were intending to race with.”

Burling said: “Firstly, and the most important thing for us, is that all the guys on board are safe and with no major injuries. It is definitely a relief when you see them falling off that you can look back and see their heads above water and that they’re all fine.

“We sustained quite a bit of damage to the boat but the shore guys are assessing the damage and we feel we will be able to repair it and get back out and into the action.

“The first races was a massive effort for the whole team. We managed to fit the second wing to the boat before the race and it was amazing to see the whole team come together and put their efforts into the boat.

“To be able to reward them with a win was incredibly pleasing because it was certainly a whole team effort.

“In the second race, as we tried to accelerate away from the start line we got really high on the foils and then came down really quickly. We are not sure what caused the capsize yet but we will go back and assess it.

“As a group of New Zealanders we are incredibly resilient, that first race showed that, and looking forward I think that first point could prove crucial.

“We’ll bounce back from this, get the boat back to 100 percent and get back out there.”

Land Rover BAR helmsman Sir Ben Ainslie is quoted as saying today was “the most exciting day of racing in his life”.

“We were pleased with how we sailed as a team because I think all of the teams were struggling to get around the course. Ultimately one loss and one win, considering the conditions, we are happy with that.”

Commenting on Emirates Team New Zealand’s capsize, Sir Ben said: “It appeared to be a slight misjudgment from Peter but in these conditions it isn’t easy, but all of us sitting here are not going to pass criticism because these boats are incredibly hard to sail and these things can happen.

“Thank God, most importantly, everyone was safe and okay and I’m sure they will be back tomorrow.”

At the end of the day of high winds, the results of the second day of the Louis Vuitton America’s Cup Challenger Playoffs Semi-Finals are as follows: 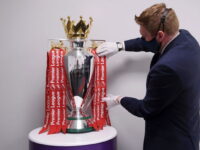 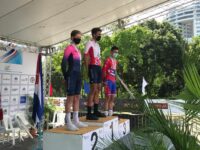 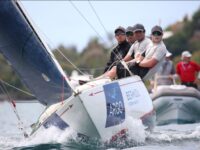 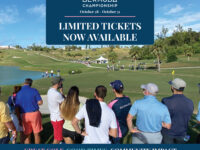