Every football fan has spent the last few weeks of lockdown wondering what the Premier League table might look like.

Who will go down? Who reaches the Champions League places? And would champions-elect Liverpool slip up again?

Mirror Online reports: “The Football Pools panel has sat in judgement to predict the results for the rest of the season – and their table makes good reading for Liverpool and Manchester United but is a nightmare for Norwich, Aston Villa and Bouremouth.

“The panel, made up of Liverpool legend Ian Callaghan, ex-Manchester United defender David Sadler and chairman Tony Green, have now got one week to go ahead of what would have been the last game of the season on Sunday.

“Liverpool record appearance holder Callaghan, 78, joined his two colleagues before lockdown to study the form book, statistics and their own gut feelings to see how the rest of the season mapped out.

“And, sadly, Norwich, Villa and Bournemouth were already down before the final game.

“They have got Sunday’s results at the ready and the Football Pools is now just about the only place where you can have a bet on results,” the report said.

“The hardest dilemma is when you have two teams which are fairly equal. You have got to look at goals they score away from home, you take a lot into consideration before you make a decision. 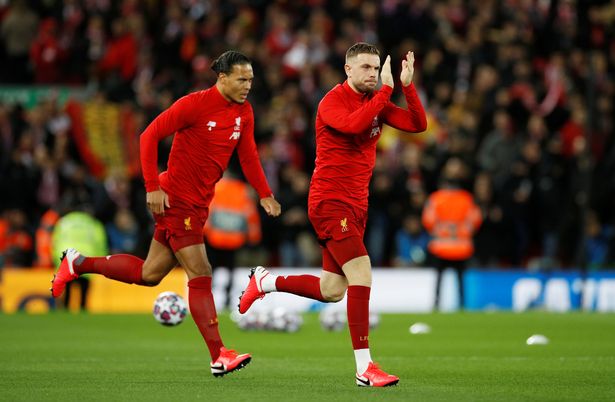 “But then the classic example is Liverpool losing at Watford 3-0. Liverpool have had a record breaking season, on course for the league and they’ve been playing brilliantly with Watford fighting relegation.

“You look at the stats and everything points to a Liverpool win and yet then you get a 3-0 home win which just shows how unpredictable it can be.”

Callaghan goes to every game at Anfield, has a deep love of the game but insists that his own affection for Liverpool never clouds his judgement.

“You’ve only got to go on match days and see the amount of ex-players who are working around the ground, look at the media, the amount of pundits and it’s just amazing. It makes you feel very proud to have been part of that football club for 20 years,” he said.

“You’ve got to block out your feelings. I’m an ex-player, a mad Red and yet there’s three of us, we’re professional and you have to go with stats and all of the information.

“It can be a gut feeling, it’s well advertised that I’m on the pools panel and I go for a pint at my local and we have a bit of banter.

“We’re all hoping that the games do get played even if the games get paused. Home and away form can have such an influence so I can see why people think neutral venues are so unfair.”

“The one player who stands out for me is James Milner, he’s been unbelievable and he’d fit into any team. The lads who play up front get all the mentions and rightly so but, for me, it’s about James Milner.

“These guys are massive. But from the squad today, James Milner stands out.”

The Football Pools is the world’s oldest football gaming company and the only place you can have a bet on this weekend’s Premier League football right now.