New York Daily News: MANHATTAN, New York – The death toll mounted Friday from the city’s other epidemic — a steady stream of street shootings that killed three of 12 people shot in an overnight stretch in Brooklyn and the Bronx, and raised the panic level in neighborhoods beset by gun violence.

After weeks of arranging funerals for COVID-19 deaths, families are picking out caskets for shooting victim after shooting victim in the midst of a long, hot, violent summer from which there appears to be no immediate relief.

Among the latest victims was Luis Rodriguez, 60, who was shot in the chest early Friday morning outside his home in a Bronx drive-by. Police said it was not clear who the shooter’s target was.

“He was a really good man, he was calm,” said Carmen Munoz, 68, Rodriguez’ mother-in-law. “But there is so much violent f—king crime that anyone can drop dead now, no matter how good you are.” 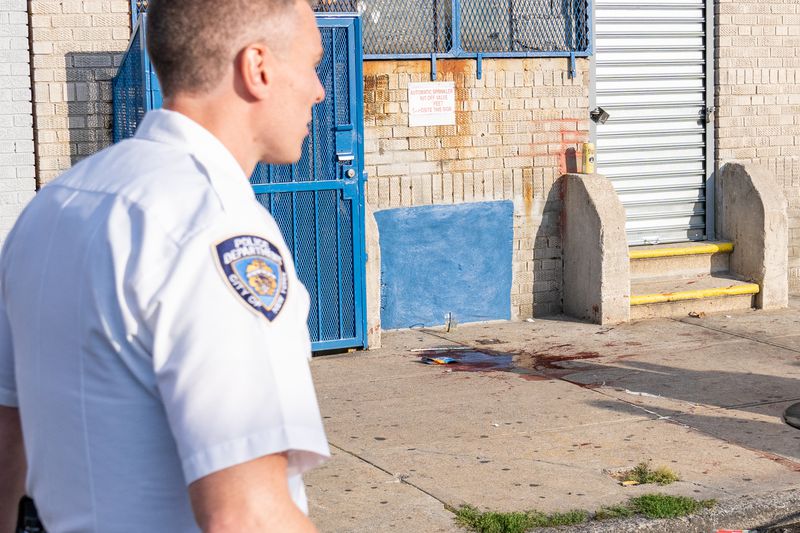 Police on the scene of a shooting on Park Avenue in the Bronx on Friday, August 21, 2020 – Theodore Parisienne/for New York Daily News

What started as a fist fight Thursday around 10:15 p.m. inside the fast food restaurant turned into a gun battle outside the burger joint when two men ran outside, pulled out guns, and traded about a half-dozen bullets, police sources said.

The 23-year-old victim was struck in the shoulder and the back of the head. Medics rushed him to Methodist Hospital but he could not be saved.

The shooter, who wore a white bucket hat, ran off and is still on the loose, said police.

The violence continued at 1:15am Friday, when a gunman shot a 52-year-old man in the arm and a 23-year-old woman in the shoulder near Church Ave. and E. 49th St. in East Flatbush. The gunman fled the scene in a black sedan as medics raced the two victims to Kings County Hospital.

About 45 minutes later, around 2am, gunshots rang out on Gilbert Place in Hunts Point, where a 28-year-old man was shot in the chest and left arm and a 22-year-old woman was shot in the right knee and back. Both were taken to a nearby hospital and were expected to survive. 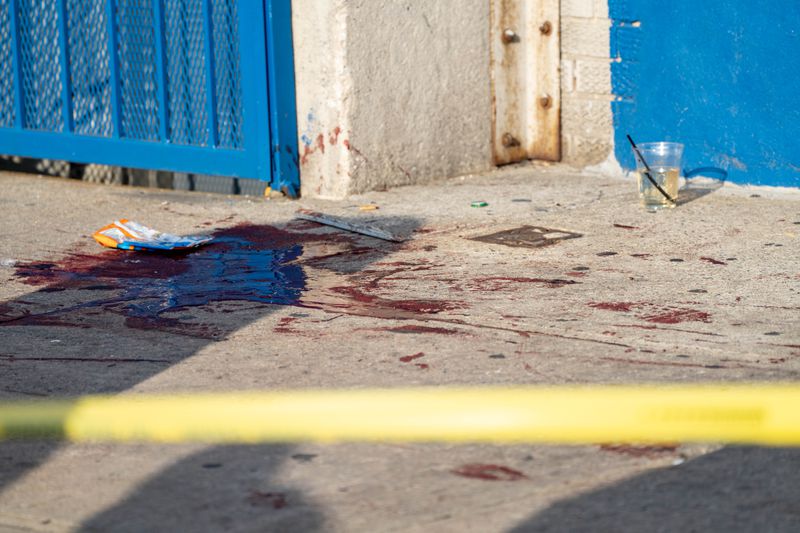 The carnage continued in Brooklyn, where a 27-year-old man was shot in the neck following a clash on Sands St near Gold St in Vinegar Hill at 3:15am, cops said. Medics rushed the man to NewYork-Presbyterian Brooklyn Methodist Hospital, where he was in critical condition.

Cops said a gun was recovered from the scene, along with a shell casing. The person who pulled the trigger was still on the loose.

Fifteen minutes later, in Bedford-Stuyvesant, a gunman shot a 36-year-old man in the thigh during a clash on Nostrand Ave near Gates Ave. The victim took himself to Woodhull Medical Center for treatment.

The violence ended about 4:20am when a 44-year-old man was shot in the back of the head during an attempted robbery on Park Ave. near E. 178th St. in Crotona — just a mile away from where three people were shot about two hours earlier.

Just before noon, gunfire was heard again in Brooklyn as a woman was shot in the foot just before noon inside a nail salon on Livonia Ave. in East New York, cops said. The woman was taken to a nearby hospital with a minor injury. 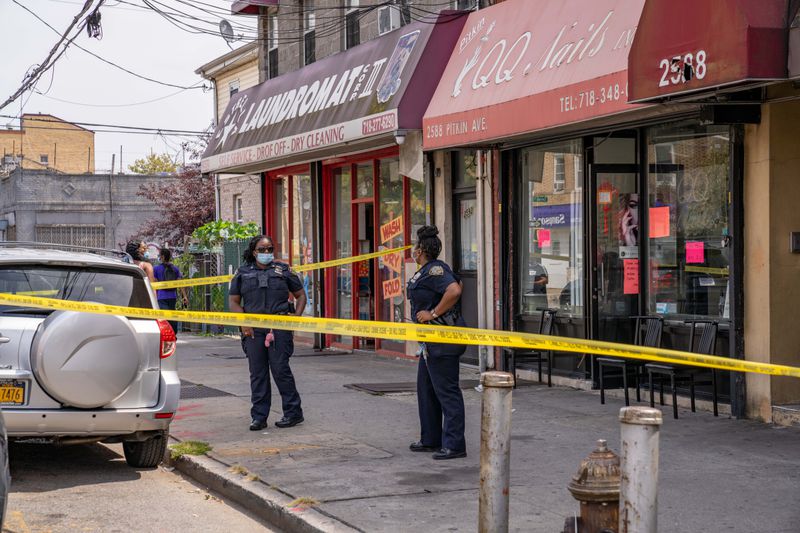 Friday’s violence comes on the heels of another bloody weekend in the city, during which 51 people were shot, six fatally, in 39 incidents between last Friday and Sunday. Another seven people were wounded in separate incidents on Monday.

Shootings in the city skyrocketed at the beginning of the summer, culminating in a bloody Fourth of July weekend, where 41 people were shot, nine fatally, in one day. Police say most of the rampant violence is being sparked by street crews and gangs.