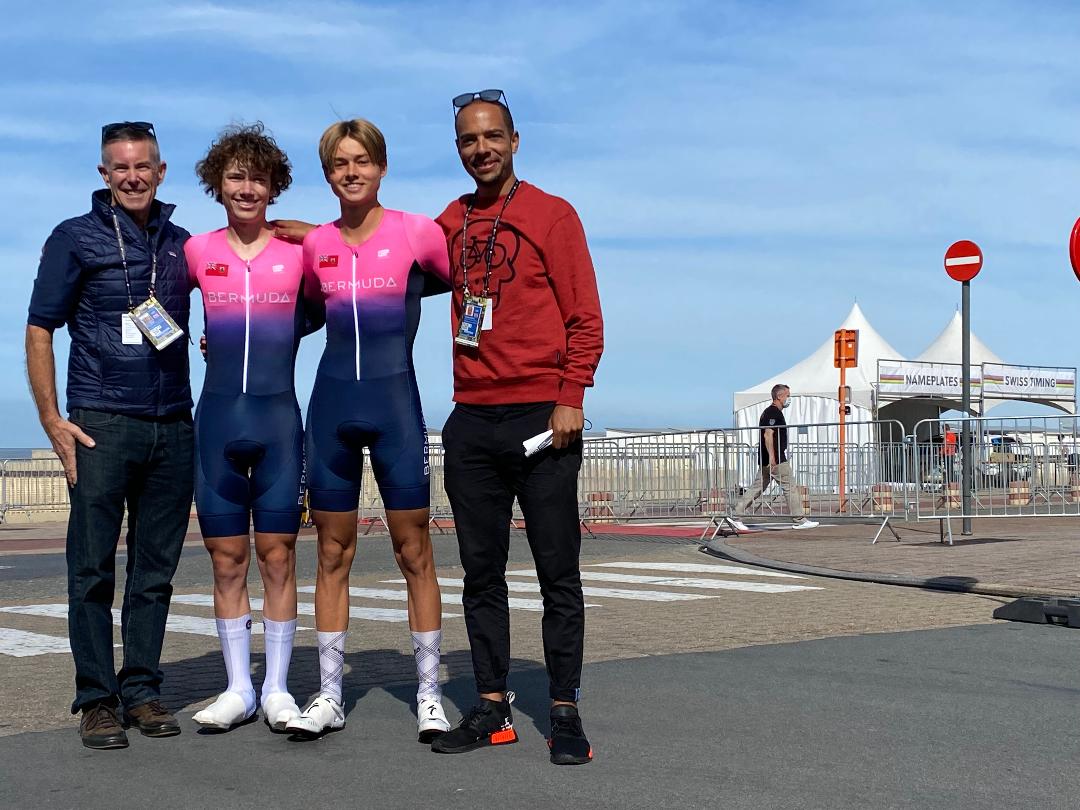 BBA Sports Release: BELGIUM – Bermuda closed out its racing at the UCI Road World Championships in Belgium yesterday with the  Junior Men and Under23 Men races and our cyclists performed beyond expectations.  While their finishing places were distant from the race winners, our team was impressively strong and attracted quite a bit of attention, both from the roadside fans and the television crew.  Maybe it was the brilliant pink ad blue team kit that stood out but probably it was the fearless approach of our guys who were competing agains the best in the world.

The Junior Men started just after 8am in the city  of Leuven where they raced 8 laps of a city circuit of 15 kilometers.  The event was not without its share of crashes and the first occurring within 100 meters of the start.  Both Liam Flannery and Alexander Miller hit the deck more that once but always bounced back up to resume racing.  Flannery finished in 78th place while Miller was pulled after 7 laps.
In the Under 23 race, Kaden Hopkins, Conor White and Nic Narraway started with great fanfare from Antwerp, complete with team presentation on the stage in front of hundreds of spectators.  Similar to the junior race, this one started with a major pile-up which our guys avoided and then used to their advantage.  As the officials neutralized the race to allow everyone to get back in, White found his way to the front of the peloton and then when the race recommenced he seized the opportunity to attack solo off the front.  Commanding the TV attention for the next 4 kilometers, putting Bermuda in the spotlight.  As the race proceeded to Leuven and then out to a circuit of typically Flandrian terrain, Team Bermuda was both active in the race and cheered on by the fans.
All three finished the full distance which in itself is a major accomplishment.  Hopkins lead the Bermuda contingent home in 97th place followed by Narraway in 104th and White in 136th.
“For our U23 and Junior cyclists to be racing against this level of competition and to get through the full race is an amazing accomplishment.  The fact that we have these 5 riders capable of these results is reflective of where Bermuda cycling is at this point.  The depth of commitment required by the athletes to prepare for the event and get to this level is incredibly impressive and they will all leave Belgium with greater confidence in their abilities.  Each of them has accomplished so much this week and for this they should be extremely proud.  From the BBA leadership, our Board and Executive Committee extend their warmest congratulations to the team and look forward to the next opportunity for them to represent the country.”
Peter Dunne, President – Bermuda Bicycle Association (BBA) 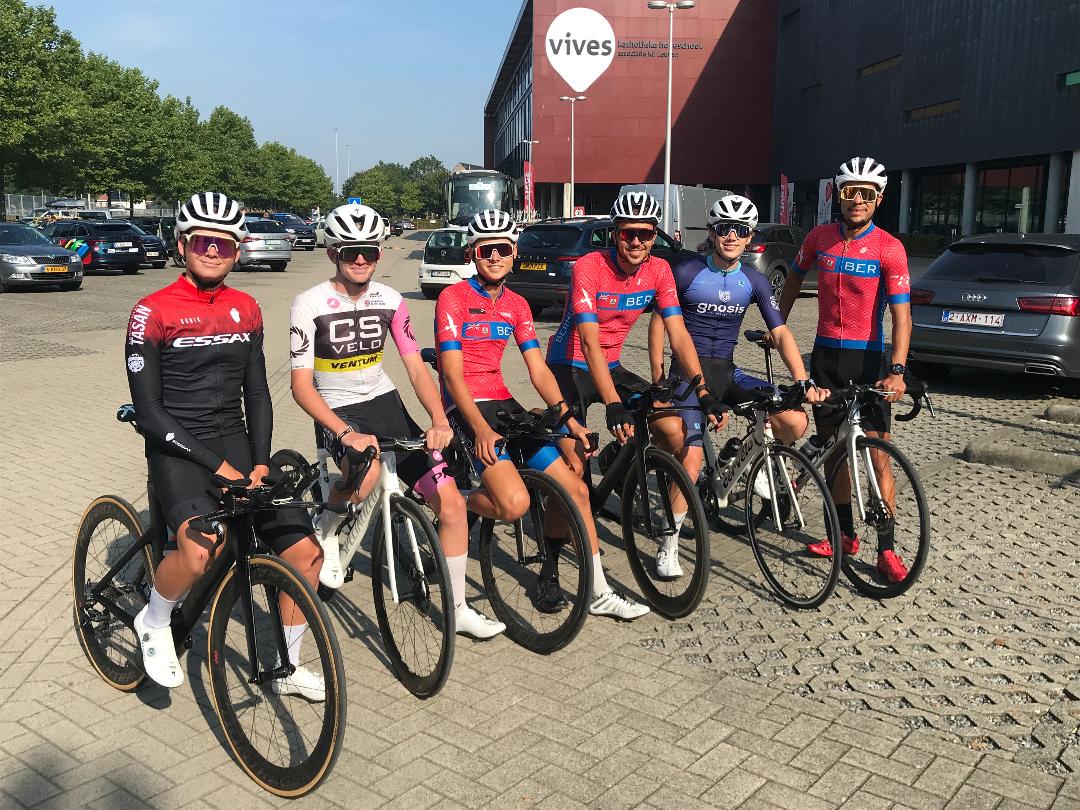 Serena Williams Not Done Yet; Wins 1st Match At US Open