The pool of foster care parents has reached a critical low, and the appeal has moved up to top priority status for the Foster Care team run by the Department of Child and Family Services (DCFS).

Right now, the DCFS team is working with a total of 60 families that have collectively taken in 74 children, some of them with siblings, currently in Bermuda’s Foster Care system.

In recent months, they have been forced to ask some foster care parents to double up. That’s where Selena Simons, the Foster Care Coordinator steps in, who is charged with others, with finding suitable homes for children with nowhere else to go due to no fault of their own.

In most instances, they are children living in circumstances beyond their control. The families that take them in, are made up of a combination of married couples and single parents. Some who don’t have children of their own, and in some cases, Ms Simons said there’s “a few families having two generations in them, like a mother and a daughter for instance.”

On any given day, DCFS deals with referrals from the police, the hospital, through mandatory reporting of abuse, and information provided by concerned members of the public.

“There’s an investigation, depending on the situation and what they find. When there are children involved and they are deemed unsafe and they have to be removed, they call me to ask if we have any foster placements open, they will also make diligent efforts in trying to see if a family member will take the children in, a godmother, or a close relative, who can step in to take the child first,” said Ms Simons.

“If the situation is too critical and there’s nowhere else for the child, or children to go, and here’s why our situation is deemed critical right now, it’s because we have an on-cal set up where we have, ideally, let’s say ten people; or ten families open and available to assist us.

“Right now we have ZERO, and that’s only happened maybe once or twice over the years since I’ve been here,” she said. And she has been in this particular role for nearly 14 years.

Asked what are the main reasons that cases end up on her department’s desk, she said most cases involving children being removed from their homes are cases of gross neglect, followed by physical abuse and sexual abuse.

“We’ve seen children with bruises, marks, marks that you could see were caused by the use of objects; abuse that requires medical attention and cases of sexual abuse,” she said.

“It could be moms or dads involved, or children who live in blended families, or the lack of an appropriate living situation, which could also involve a lack of food and other resources in the home.”

When asked what’s the worst case she always remembers, over and above all others, she said there’s “one particular child”, who was about ten months old when she first saw the child. A limp, sad looking child who had not been take care of well at all.

“When the child came in I knew I wouldn’t get over the look of that child,” she said in a lowered voice. As she answered, you could see that distant gaze take over her eyes even more, especially when asked what was wrong with the young infant.

“The infant was undernourished, and there was this lack of stimulation,” she said.

Asked if by a “lack of stimulation” she meant that the young baby was just left alone as an infant, without, or with very little interaction with a caregiver, she nodded her head slowly, indicating ‘yes’, with that same distant stare.

But all of that changed quickly when she broke into a big smile, when asked how does it feel when she sees that same child today.

“This child is now a thriving adolescent who is vibrant, full of life, quite sociable and involved in interactive, positive activities,” she said. 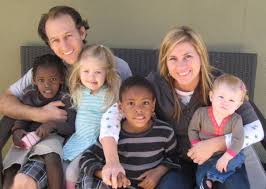 “The over-arching piece of legislation is the Children Act 1998. The Foster Care section is primarily responsible for providing a direct response to other sections within DCFS which require foster placements when immediate safety decisions indicate that children must be removed from their families,” Ms Simons said.

“It is the responsibility of the foster Care team to evaluate and approve foster parents. The team is also responsible for managing the cases wherein children have been placed into foster homes. This type of social work requires that staff work closely with the foster children, the foster parents and the biological parents.”

As Coordinator of the team, she works directly with a team comprised of three social workers and two social work assistants. And for the most part, she said the number of males as opposed to female staff members is lacking.

“It is perfectly fine to say that the field is lean on males. Men are vital, especially for relatability purposes for our fathers and young men who are growing up in this system,” she said.

“When Foster Care is managing the children in foster placements, the work with the biological parents is necessary as they must be assessed, supported, and encouraged to continue seeing their children while working on their various challenges through counseling, mental health care or any other relevant services. This would aide in quicker reunification of families,” she added.

But when dealing with the tainted innocence of childhood, admittedly, she said it’s not always easy to leave what they deal with daily, when they leave the job, especially when it comes down to children impacted by domestic abuse and other forms of abuse in the home.

“We have colleagues who get stressed, worried and concerned, but a team we use humour because it’s hard to just shut it off when you leave the office. And we have a warped sense of humour at times,” she added.

Ideally, she said: “We need 20 additional foster care parents, it’s a small community and the figures go up and down.”

In part two of this report, we’ll take a look at the screening process to become a foster care parent and the genuine questions you should ask yourself before you do. We’ll also take a look at the legislation governing DCFS, including the whole issue of terminating parental rights and why Bermuda’s laws need to be updated.