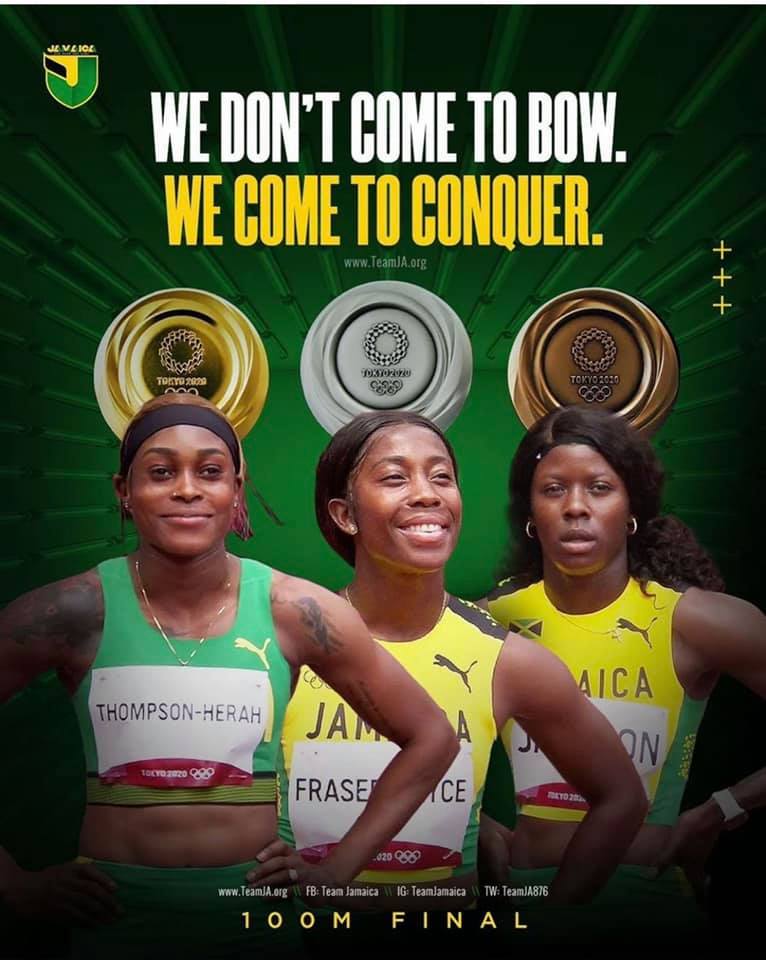 Jamaica Observer: KINGSTON, By Paul A Reid – There was a “quiet expectation of a sweep” in the women’s 100m final at the Olympic Games even before the team left for Tokyo, Japan, says Ian Forbes.

The assistant manager for the track and field team, Forbes revelled in the feat on Saturday after Elaine Thompson-Herah, Shelly-Ann Fraser-Pryce and Shericka Jackson swept the medals in the 100m final.

The Jamaican trio delivered in a big way as Thompson-Herah ran a personal best, national record and Olympic record 10.61 seconds (-0.6m/s) to lead the Caribbean island’s second sweep of the medals after placing three women on the podium at the 2008 Olympic Games in Beijing, China.

Fraser-Pryce, who led the way then, was second yesterday with 10.74 seconds, and Shericka Jackson third with yet another personal best, 10.76 seconds.

“Before departing Jamaica there were high expectations that we would do well in the female sprints. There was quiet confidence that a sweep was possible,” Forbes, the first vice-president of the Jamaica Athletics Administrative Association (JAAA), said.

“After the heats it became clearer, and after the semis the thought became even more concrete,” he said.

“The euphoria felt by the entire team and support staff was second to none. There were tears of joy from a number of athletes in recognition of the incredible feat just witnessed.”

The ripple effect of what took place at the Olympic Stadium in Tokyo, Forbes said, reverberated in the athletes’ village.

“Our young athletes were moved by the magnitude of the event and no doubt energised and motivated… Great victory for our ladies and our country,” he said.

Garth Gayle, president of the JAAA, described the achievement as “a proud moment for Jamaica”.

“Our track and field community and the NACAC [ North American, Central American and Caribbean Athletic Association] family continues to rejoice in the performance of our women in the 100m final at the Olympic Games,” he noted.

Gayle extended congratulations to the coaches of the athletes as well.

“We should not forget the contributions of the coaches as well as the athletes who have done us proud in Tokyo,” he said.

“I knew that history again would be created and that the world would yet again admire Jamrock. When it was recreated in a different form, it was a Reggae party in the yard,” Samuda told the Jamaica Observer.

He said: “Our area code is now ‘123’, and the challenge now is for us to make it an international trademark and patent it. We can do it, not only in track and field, but in other sports which is the goal of the JOA.

“The 123 achievement will solidify aspirations and give other athletes a greater appetite for success at the Games. The JOA will continue to nourish the dreams of our sportsmen and women as we revolutionise the delivery of international games and institutionalise the business of sport.”